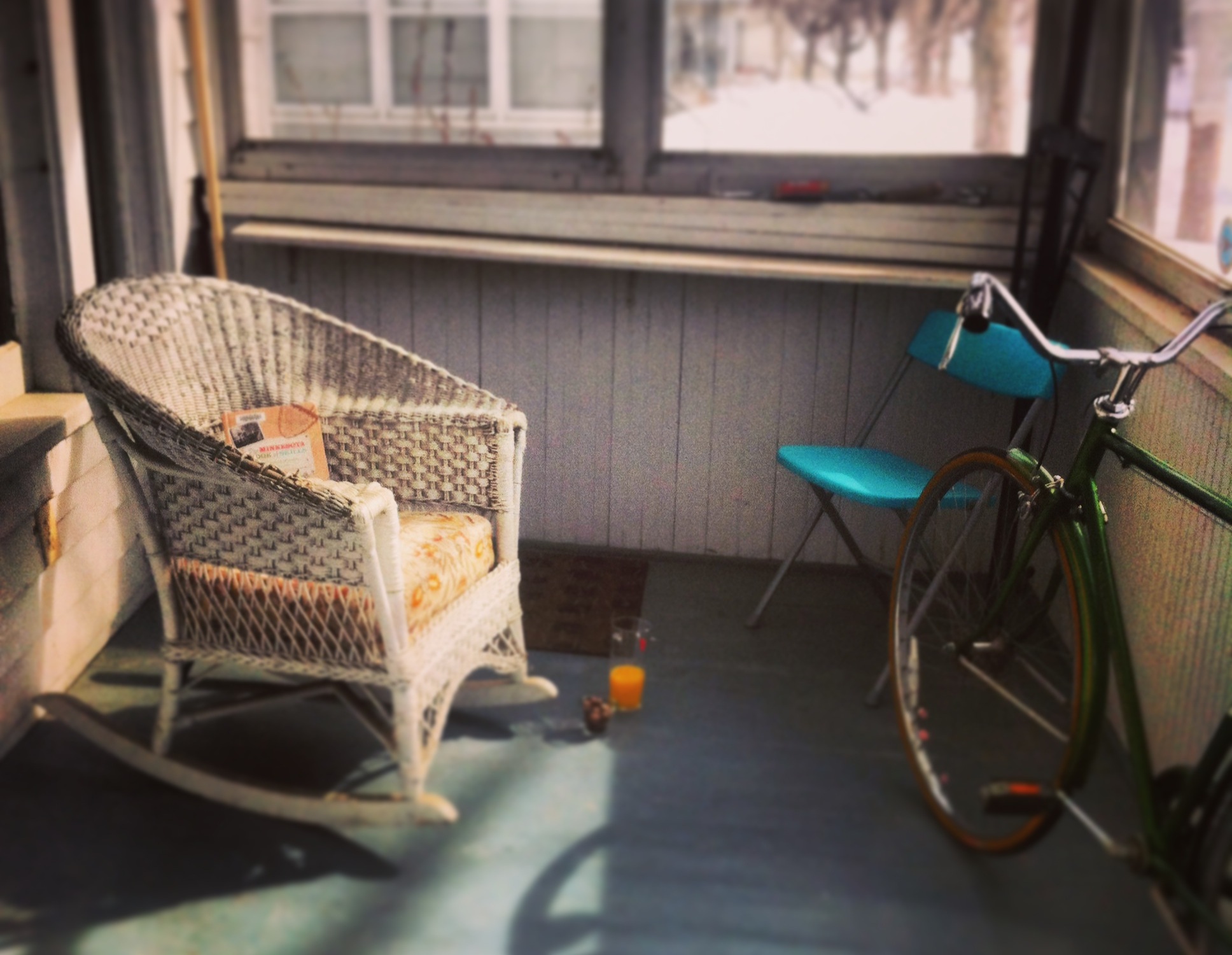 No winter lasts forever; no spring skips its turn.

I have just put a zucchini quiche in the oven and I have a glass of syrah that was left behind after our housewarming party last weekend and today it was fifty degrees and the sun was out and I drove around town without a jacket, my window down, playing a mix cd my friend Mel made, and spring creeps in somehow.

The snow is melting and I’m literally discovering elements – to this world that I’ve been living in for almost six weeks now – that I previously did not know existed. Paths. Entire benches. They emerge from the melting snow, damp and ready for business. The roads around here are still horrible; I swear a lot when I’m driving, because the potholes are canyons, I’m serious, I can’t believe they’re real life. You could literally bathe a baby or a medium-sized dog in these guys. You could cook soup for six dozen hardworking farmers. My car hates me for this move.

Otherwise, Minnesota as a state is nice. Nice is a good word for Minnesota. (I am currently judging the entire state based on the Twin Cities and my drive through a little corner of it NW of here, yes.) Everyone is very friendly, people tend to drive the speed limit, scrapbooking weekends are popular, and people go cross-country skiing a lot. Craft beer seems to be far more popular than vodka-y mixed drinks (thank the lord.) A thousand people have offered themselves to me as tour guides, and many of them have actually followed through.

I’ve done lots of interesting things, like compete in a ‘drunken spelling bee’ (I won three free beers but then got kicked out on the word ‘samadhi’); found one of the giant caves in one of St Paul’s limestone ridges; hiked around a small lake and a nature center; been to 500,000 breweries (note: that number is rounded up to the nearest 500,000); ceili danced at an Irish pub down the road; watched ‘Crashed Ice’, the downhill skating world championship; eaten fancy French food and non-fancy (but still tasty) falafel; been skiing at a wee local hill; and learned about brewing beer and making sausage and all kinds of cool things from my multi-talented housemates. We had a house-warming party a couple days ago with lots of very cool people, and I learned a game that involved chasing ping-pong balls and got to wear shorts because we turned the thermostat up to seventy-six in honor of it being a house”warming” party and all.

In short, though my life, like everyone’s, has its confusion and concern and tragedy and worry, it also has laughs, and beers, and springtime. Springtime, coming round again.

One thought on “no spring skips its turn”