Spring is here and I can feel myself peeling back the layers of my hibernation like a heavy wool coat. I’m not a hardcore hibernator, given my propensities for skiing and winter camping and exploring frozen waterfalls, but I’ve still spent a solid portion of the last few months under blankets or sitting in hot baths, trying not to feel deep-down chilled any more. Like the grizzly bears at the Zoo and basically every other living thing ever, winter makes me lazy. That’s okay. That’s how animals work.

But now heat is back. Not real heat yet, just days of sixty to seventy-five degrees, which obviously feel amazing. And I’m feeling the urge to chase the feeling of sweat-drenched, utter exhaustion. I’m not a great worker-outer. I’m never going to be any kind of endurance athlete. I also have the knees of an eighty-five-year-old grandmother. But I do frickin love the feeling of being totally beat-up, ragged-breathed, coated in sticky sweat and a sense of accomplishment. 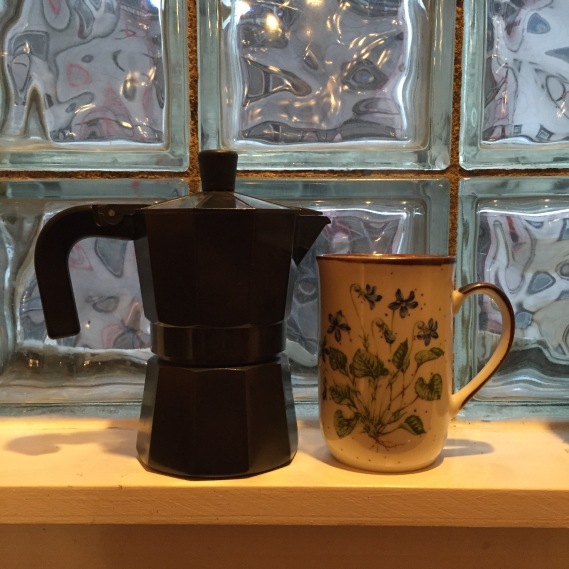 Obviously, whatever you have to do to reach that stage is the sucky part. It often requires changing my shoes (or putting on shoes to begin with.) It means I’m maybe going to have to take a shower after (let’s be real, showers are the worst.) It means I’m going to have to work out the logistics, the plan, and maybe look silly and red and huffy-puffy in front of strangers. And then once you begin whatever it is, it’s often just boring. I hate being at the gym. Gyms are monumentally boring and smelly and awkward and unpleasant places to be in, in my opinion. So many blank walls. And things that are physically difficult, even if they’re just moderately physically difficult, lose any appeal whatsoever when my only purpose is “working out” and there are long stretches of more “working out” lying ahead.

Basically, I want my exercise, my build-up to the Happy Exhaustion, to come in the forms of portaging a heavy canoe between beautiful lakes, or padding said canoe through million-mile-per-hour winds, or carrying a backpack 17 miles through spruce-lined mountains, or chasing butterflies in a meadow, or you know, something like that. Something that is a journey that makes you say things like, “It’s about the journey, not the destination,” while knowing you also definitely have a destination.  (And a destination more than just “being fit.” That’s great for some people, and I honestly admire these people deeply. Some of my favorite people out there are great worker-outers, and they are strong, and they are ready for anything. I just can’t get truly excited about it for myself, as a goal. I’d rather think of my working out as, “now I am on top of the mountain, and it was hard as shit to get up here, but I frickin made it, and I will consider this working out.”)

Anyway, you can’t always get what you want, and I logically recognize that working out and achieving moments of Happy Exhaustion during normal home-time, contributes to better and longer adventures during out-in-the-nature-time. That’s what my favorite awesome worker-outers have already figured out. And now that winter is over, and all of the world is unfurling green leaves, I should probably shake it off and go for it. So we will see.

I just developed a brand-new, super awesome workout that probably everyone should try. Super easy. First, download a “Power Hour” app. A “Power Hour,” of course, is the fun and moderately dangerous drinking game in which for an hour, you listen to sixty seconds each of sixty different songs; whenever the song changes – or every minute – you drink a shot of beer. I’ve never completed an actual one in my life, but the app is perfect for my plan. I zoomed outside, headphones in, and every time the song switched, i switched from walking to sprinting and back again. For a non-runner, a minute is just about long enough to keep up a hard sprint, and by the time the next minute had ended, my breath had just about returned enough to sprint again. And it was so exciting! What song was going to come on next? Would I reach that little park by the time I started running again? Could I get all the way to that lamp post by the time the next song came on? Try it, I’m serious, you will be sweaty and happy.

I also tried swimming today. Lap swimming, I mean, which I don’t believe I had done since like, junior year of high school and everyone took swim class. I was honestly super nervous about it and put off going to the pool for like…literally six weeks, I think. Six weeks! At least! From the time my new goggles arrived from Amazon to tonight, when I finally walked the three blocks to the pool. I made the mistake of googling “lap swimming etiquette” and finding this gem, which was written by some kind of asshole who clearly is constantly, passive-aggressively pissed off at other people in his lane at the pool, and it made me deeply paranoid about the many mistakes and enemies that I was probably going to cluelessly make. As good old Art Hutchinson put it, I was going to be the “fool in the pool.”

I almost still didn’t go tonight, I hardly could muster up the nerve, and then obviously it was fine. It was fine! 8 pm on a Monday is not a super busy time at the pool in my little Saint Paul neighborhood. I did have to share a lane, but it was just with an odd, dark-haired girl with several piercings who looked like she was possibly 15 or 16 years old, who said she was working on “speed” but then mostly just drifted along her lane on her back and had to stop once in awhile because of leg cramps, so she wasn’t too intimidating. I only had a half hour before the pool closed, which was just as well, because I had not, as previously stated, swum laps since I was 16 years old, and half an hour felt just about long enough. (Although honestly I felt more dried-out and chemicalified than truly exhausted. Might have to re-think pool swimming.)

I still got to walk home with dripping hair and red cheeks and lungs that had been emptied right down to their very depths.